Troubles with the (modally) open horizon of life 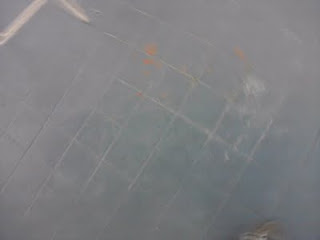 Objects. I tend to think that they cannot be hostage to descriptions. This is what I called in a previous post the (modally) open horizon of life and I take Kripke to be defending this principle in Naming and Necessity against descriptivism - Socrates could very well have never gone into philosophy etc. This was my main misgiving with Meinongism: there could be no way to disentangle description and reference in a Meinongian framework.

Terrence Parsons (in his 1979 JP paper, for example) argues that there is nothing substantial ever put forward against nonexisting objects. Only Russell's dislike of Meinong. He draws an interesting comparison between the fate of naive set theory and the fate of naive object theory. While the first deserved the recognised efforts of Zermello, Frankel, Russell, Quine etc to build a non-naive version of what is a set, the idea of object was just abandoned (too early) because some prima facie objections were raised (by Russell, by the way). A general theory of objects could instead be proposed such that we can distinguish objects from empty descriptions and other intentional objects independently of their existence. Such a general theory of objects was never put forward as for decades the echoes of Russell's dismissal of objects echoed throughout. Parsons goes on to propose one of the many neo-Meinongian theories that have been sketched lately. I mention the two basic tenets of his account:
1. Objects are the same if and only if they have the same nuclear properties (Findlay called nuclear properties those corresponding to predicates Meinong called Sosein predicates - "gold", "mountain", but not "existent" and not "possible");
2. For any set of nuclear properties, there is an object that has exactly the nuclear properties in that set.
The approach is interesting because it draws on exorcising properties such as existing (a move comparable to the traditional take on truth and the liar by Tarski). So we don't have troubles with the "existing golden montain" etc. Objects would be fully understood independently of existence. However, my main concern was with descriptivism. The first tenet of Parsons' account is committed to the identity of indiscernibles, a mark of descriptivism. The second tenet reinforces the connection with properties: objects are tied to the satisfaction of a description. I keep thinking that Meinong cannot accommodate the Kripkean urge for the (modally) open horizon of life (for objects).

Interestingly, we agree in most things metaphysical. He's trying to convince me that a Meinongian semantics is very suitable for our roughly common metaphysical outlook. This is something he wrote recently:

As I understand, Meinongians can refuse to explain the difference
between reference (denotation) and description (connotation) by appeal
to a difference in how expressions relate to reality, as a
causal-chain theory of reference transmission seems to. Once 'empty'
rigid definite descriptions are allowed to refer rigidly to
nonexistent objects, I guess nothing can prevent proper names to
denote the irrealia as well. Meinongianism is not irreversibly
inconsistent with Millianism, nor is it committed to descriptivism. On
the contrary, I believe that much of the work descriptivist theories
of proper names and Russell's theory of descriptions are supposed to
do is already beautifully done by a Meinongian theory of objects.

Going this way does not mean abandoning the notion of reference, or at
least it does not imply giving up the idea that there is more to
talking about objects than the descriptivist suppose. I believe there
is a gap between Kripke's criticism of descriptivism and the adhesion
to the doctrine that we are automatically bounded to reality every
time we use a singular referring term or quantify individual terms in
our talk or theories. That doesn't mean to lose contact with the world
either. I believe that from a Meinongian point of view we relate to
the world alright when we talk implicitly or explicitly of existent
objects. And of course in this case a causal-historical analysis might
help us determine which actual object we refer to when we do refer to
an existent object, just as a social analysis might help us determine
which nonexistent object we refer to when we do refer to nonexistents
(supposing that intentionality is an exclusively mental phenomenon).
Indeed, from a Meinongian perspective, to trace reference to
nonexistents is precisely what we do when we determine that something
does not exist. As of the suspicion that this account is doomed to
internalism, as I pointed to you personally, it may overcome if
understand that nonexistent objects, though intentional, need not to
be thought of as private to any one of us in any sense. Nonexistent
objects are not identical, neither numerically nor qualitatively, to
the ideas we might personally have of them. This must be true even
when an object is individuated by a purely nonreferential or
attributive complete definite description. In this case the object
should have exactly the ordinary properties with which it was
described, but normally it should still be nonidentical to its
characterising description, be it spoken, written or thought of, since
any of these description-acts cannot normally have the very properties
their object has.

I believe Meinongians can account for the idea of referring to
existents and nonexistents alike by understanding reference, along
with description, as a logical or phenomenological phenomenon. Both
can relate us to the world, but we cannot know that by looking to the
semantic form of an expression alone. Reference would then be somewhat
prior to ontology, though not independent of the intentional life of a
social or natural network of real entities. I do like your suggestion
that some sort of cluster theory might be just what we need to
understand nonexistents and how singular reference may be prior to
ontology, if we should go this way. (I also believe Kripke's criticism
of Searle's theory is not decisive.) I like this alternative, for
Meinongianism, but there are others. Richard Routley, if I understand
him, put forward a theory which would allow for a different way of
talking about objects then that of reference, but which would still
account for truthful talk. I guess he thought the very notion of
reference condemns us to the orthodox extensionalist semantics and to
its prejudice in favour of the actual.

I like the idea. I tend specially to agree with "there
is a gap between Kripke's criticism of descriptivism and the adhesion
to the doctrine that we are automatically bounded to reality every
time we use a singular referring term or quantify individual terms in
our talk or theories." Yes, there could be nonexistent singulars that we manage to point at and that are not bound to descriptions. But I fail how exactly that can be done. Again, the gesture towards Donnellan's referential use of descriptions is very promising, but I guess we need a robust substitute for ostention in nonexisting contexts. Kripke's criticism of the cluster theory may not be decisive, but cluster theory doesn't seem to be moving in the right direction. I prefer to take reference as a logical or phenomenological phenomenon. But this risks to be internalist or platonist and the main problem seems to be really that of individuation, or rather, of objects being defined independently of description and other intentional states.

But at this point I realise I have a bigger problem and Tomas might have a more indirect point in favour of his hopes on Meinongian theories. Even though I often seem attached to my modally open horizon of life principle and to the rejection of descriptivism as an account of reference and of objects in general, I tend to favour process metaphysics and to put forward an ontology of fragments where objects are no more than compositions (being also composers and fragments). Each object is no more than the way it is treated by other composers in the world. Even though I don't mention descriptions explicitly, there is a danger of jeopardising the (modally) open horizon of life for objects. This is the sentiment that makes Harman criticise process philosophies that make no room for objects as the ultimate stuff of the cosmos. If objects could be the ultimate stuff of the cosmos, they would be independent of the way anything treats them. And then enjoy a modally open horizon of life.

But I guess there is a way around the assumption of objects as the ultimate stuff. More on this soon.


The image is of a work by Alejandro Almanza Pereda called: If you say something, see something.