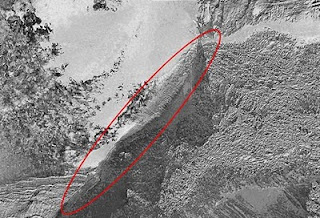 Surely, one could take the realm of concepts as broader than the realm of nature or capable to encompass it. That is, one can be a monist of the spirit, so to speak.This, surely, is the classical form of a metaphysics of the subjectivity in Meillassoux's terms. But it is interesting to notice how Whitehead's take is the opposite view, it discards the sui generis by making the Cartesian scheme more general in nature and not by making it encompass everything. It is not that correlation runs amok but rather that correlation that teaches us a lesson (and, in a sense, a lesson about facticity) concerning the rest of the world. There is nothing special about the correlation between us and the world, it is not sui generis in any sense, but it is an example or a point of departure for the flight of the plane (Didier Debaise told me he doesn't like the word example in this context). Maybe speculation could go both ways but it in the Whiteheadian way, it leads towards absolutes, towards general schemes that are independent of *our* correlation.