Object-oriented ontologies vs materialisms: what is at stake 2 (the transcendental) 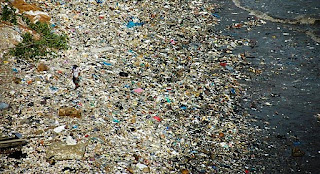 Following up on the frictions between the object and the matter pole, I was thinking a bit about the transcendental, which is somehow connected to the previous post on objects and concepts, matter and non-conceptual contents.

Now, McDowell once said that his disagreement with Davidson was not in any matter of justification - that beliefs justify beliefs - but rather in the transcendental role experience has on our beliefs. He thought that experience makes belief possible and there is a story to be told about that - albeit for him it was clearly a conceptual story. (Notice that the main tract of experience according to McDowell is its passivity, the scope of experience for his has to be one of conceptual passivity and not of non-conceptual ingredients; even though concepts are present, they are present in a passive manner - and passivity is often predicated of matter, or at least of non-formed matter.) Beliefs, he claims, cannot be spinning in the frictionless void as they respond to experience in a form that is external to the realm of beliefs. Here experience has a transcendental role for beliefs to be compared with that of matter for objects: here there ought to be a separate level that makes receptivity possible, there there ought to be a separate level that makes ontogenesis possible. The analogue of the McDowell's position in the object vs matter debate would be that there should be some sort of primeval or primordial level of objects responsible for other objects. Those are not necessarily different objects, but objects that play a different role, a connecting role, an ontogenesis role. In contrast, Davidson's position is that beliefs are grounded on further beliefs - and they are not devoid of any contact with the world because they are intrinsically tied with truth. The analogue of such position would be that objects are the origin of other objects and objects are not devoid of ontogenetic capabilities because they are intrinsically active and animated. A fully object-oriented position.

Here beliefs seem to be like objects for epistemology as I believe the debate replicates in different regions. In any case, there is a difference between postulating a transcendental beyond the object-level (even if it is itself object-oriented) and insisting that objects need no conditions of possibility but the ones provided by further objects.