Logic: the study of nature 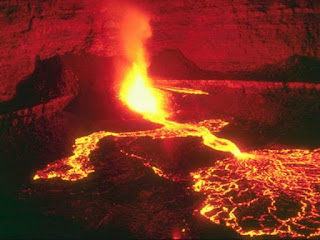 Hamilton Grant has that to say that actual things (actual objects, actual events etc) are contingent - that they could be otherwise - is to say that they are natural. Contingency is not the mark of our ignorance nor is it a limit to the principle of sufficient reason but rather it is the mark of nature. The idea would amount simply to take seriously the idea that the a posteriori is (typically) contingent while the necessary a posteriori happens in special cases where we need pegs between us and nature - typically when the issue of measurement is at stake (the metre in Sèvres, Paris etc). To take the idea seriously by understanding that nature itself is the house of contingency, because it is the house of possibilities or virtualities - of potentia. The empirical - the a posteriori - is the natural. What grounds a natural event is the fire of possibilities in nature - a vulcanism about grounding, as nature is the underlying tectonics of the actual. Contingency is grounded in nature - every natural thing has a sufficient reason, that is, the contingent tectonics behind it.

Now, how do we study this vulcanism, this tectonics? Well, in a sense through Naturwissenchaft (and Naturphilosophie). But in another sense, not quite. How do we study what is possible (therefore grounded in nature) and what is not - how do we study, in other words, the structure of contingency? I take this is what logic does. Not only modal logic, but logic in general. A logic draws a line between the possible and the impossible worlds. A classical logic makes it impossible for contradictions to appear. In an anticlassical logic, what is contingent in the classical logic (neither a contradiction - impossible - nor a tautology - necessary) becomes necessary and vice-versa. In paraconsistent logics some contradictions are acceptable. Universal logic tries to consider the relation between the different logics. It seems to me that nature, if we understand it in the way Hamilton Grant has in mind, would not pick a single logic against others. Its stand would rather be one of combination of logics. In any case, maybe logic should consider geological metaphors, as much as it tends to consider (Leibnizian and Kripkean) astrological ones.