My last talk of the series in the LSU

May 11, 2017
The interruption: hospitality and the metaphysics of the others - Last Friday. 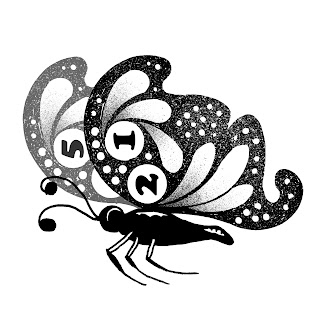 Ground and heteronomy: In a metaphysics of agents (like 3), autonomy is spread everywhere and anomy is a product of the plurality itself. How is heteronomy possible?
Phenomenology meets monadology: The interfaces between phenomenology and monadology: Husserl-Leibniz, Levinas-Whitehead.
The common cartesian heritage: the sphere of subjectivity as explanans, the rejection of substrata, the extended notion of experience (beyond sense experience), the centrality of perception.
Three solitudes:
1. Aristotelian solitude: a first substance (hypokeimenon, ousia prote) requires nothing but itself to exist, it is alone with is substratum.
2. Cartesian solitude: “any individual of the res cogitans or the res extensa does not require any other individual of these kinds to exist” (Whitehead, P&R, p. 144).
3. Levinasian solitude: an individual cannot rely on any other to be what it is, it is alone with its substantive (alone in its hypostasis).
It is a Levinasian solitude that keeps agent separated even in a monadological scenario (where there is a solidarity of all actualities).
Intersubjectivity and interdependence: Husserl feels the need for a monadology to avoid the risk of a “pure egology” where any other would be no more than the product of the intentional activity of a transcendental ego. He posits a monadology as an antidote to the solipsist tendency of a phenomenological analysis. Instead of sliding into metaphysics, he inaugurates the phenomenology of the ego before the other.
The alter-ego: Husserl conceives of the other as an alter-ego, a modification of myself, pre-figured by myself. It is an association in experience prompted by my intentional acts detecting an analog, and transfering what is inside me (the source of intentional acts) to what is inside the other.
A monadology of alter-egos: In Husserl's monadology, there is a private subjectivity of the self prior to any (known or unknown) connection with anything else. It's Hussel's primordial sphere that contrasts with the monadological thesis that the others are intrinsically connected to any self. (Whitehead's solidarity of all actualities)
Levinas' phenomenology of alterity: Levinas thinks that Husserl wants to be out of an egology through an egological path – the other is not a projection of the ego but what the ego is not. Phenomenology of alterity should pave the way for an ethics and not for an ontology. (Against the enterprise of turning the other into same.)
The gap: Levinas diagnoses a gap between the action of the agent and the agent that has to be present to act. The connection between them is a product of the hypostasis and is the first of all external relations. Levinas explores this through his phenomenology of laziness and tiredness. It is in this gap that action can be interrupted by the other while keeping the agent in place.
La tension : l'absence de substrat veut dire : il n'y a pas de substrat pour identifier la monade, seulement les prédicats, mais les prédicats ne sont pas ce que fait l'action, on a besoin d'un sujet, séparé mais identifié seulement par ses prédicats.
Four phenomenology-monadology tensions:
1. The other out of the present time: In Leibniz other monads are perceived through their very constitution forged in a prior time. For Levinas, time is made of the relation between of a subject and alterity. The other is fully exterior as solitude is part of the structure of any existent. The other is without the existent. (Primordial sphere?)
2. The alter-ego: The other is perceived as a variation of the self and therefore understood with one's own resources. Levinas understands that the other cannot be modeled before reception, before the encounter – always exterior to one's existence.
3. The agenda: The other is perceived through the agenda of the agent – through one's predications and in a subjective form - understood only from my viewpoint (Shaviro: The other prompting self-enjoyment and the other prompting concern.)
4. The ready-made monad: The Leibnizian monad is pre-determined in all its changes. The Whiteheadian actual entity is aimed at self-fulfillment and never changes path – just becomes something else.
Is there a way to bring together Levinas' phenomenology of alterity and (neo-)monadological thinking? Both neo-monadologies and Levinas intend to make room for external relations. But exteriority is conceived in different ways: prehension vs interruption (self-enjoyment vs concern), alliance—making vs responsibility, solidarity vs solitude.
Two avenues of convergence:
1. Both make process philosophies possible: reality is constituted by an interaction with others, by a plurality of determinations. Neo-monadologies explain the world in terms agents. A phenomenology of alterity explains the world in terms of responsibilities. They provoke responses after a demand is placed in the gap between agent and action. Responsibility is infinite while action is finite. (Derrida: reality is constituted by undecidable decisions.)
2. There could be a monadology of hospitality (instead of solidarity). Hospitality requires an inner space that can host the other (the solitude, the gap). Because there is an (externally constituted) inner space, these monads would be more open than the neo-monadological ones. Within the framework of (possible) hospitality, monads can be interrupted and then decide to take responsibility. The presence of a decision could make it seem that monads are free to chose heteronomy, but the phenomenology of the gap makes it clear that a decision itself is forced by a demand – the interruption by the other. It is also important to distinguish between substrata and substantives (the result of the hypostasis) – that is, between Aristotelian and Levinasian solitudes. Levinasian solitude is not what makes the agent particular, but what makes the agent an agent.
A monadology of fragments: Monads exist in two simultaneous modes: they are fragments to be part of compositions, they are already compositions and they are composers. Do these monads have enough Levinasian solitude to be genuinely interrupted by others?