Shall we strive for a Brahadishwara in the Temple Mount, Jerusalem? 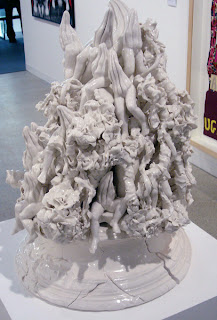 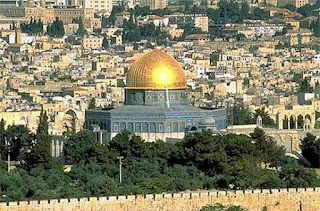 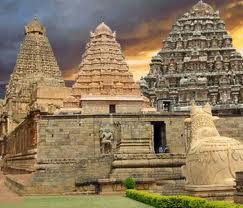 Yesterday, wondering around the Brahadishwara temple in Thanjavur after being very impressed with smaller temples as collections of shrines but also very much by the temples in Tiruvannamalai and Chirambadam I thought of the Temple Mount in Jerusalem.

There is three very different pieces of background to my thinking that I will mention.

First, as a Jewish teenager, I used to dream of the third temple, and in fact with the second and the first. I didn't quite realise that those temples in India (in Tamil Nadu) were somehow sneaking in those dreams. The one in Thanjavur was almost literally what I imagined a temple should look like - not only the sheer position of gardens and shrines, but also the whole atmospheric architecture inside it. A peaceful and inspiring place.

Second, I tend very much to side with Said when he claims that the solution to the Israeli problem is to establish a binational (preferably multinational to make room for the druze etc)
in the place, maybe by converting the racist state of Israel (I'm still quite taken by Schlomo Sand's book on the invention of the racial Jew) into a plural state. Maybe a confederation. I tend to believe that peace ought to be achieved in the small scale, among neighbours, and not so much (or not only) among neighbouring nations. I believe there should be blending of the peoples who live there, the creation of a trans-identity. Like a concert of Said and Barenboim. This is maybe debatable but this is one of the pieces of background.

Third, I'm quite oblivious to the whole Hindutwa issue. I know there is a lot of intolerance there but this is not active in my mind while I'm in Thanjavur. What I like in these temples is really the multiplicity of shrines, they don't have to be always in the same architectural relation. Plus, the gardens and patio (like in major mosques like Ummayad in Damascus) make one feel in a space that is reclaimed from ordinary public space.It is land for bare feet. Maybe then I think that this co-existence of neighbouring shrines could be extended beyond the limits of the goddesses and gods of the region.

Then I thought: instead of fighting for the Mount Temple, we should create a architectural plan to have a Brahadishwara-like temple in the Temple Mount in Jerusalem. It will create an architectural blending instead of building new walls. It would include the Masjid Qubbat As-Sakhrah (Dome of the Rock), the Al-Aqsa mosque, a shrine for the Kodesh Hakodashim, maybe a Christian shrine and whatever else wants to be present. It could be a technological temple, full of effects and happening in different layers (like the Jewish shrine could maybe be placed in the underground, under the Dome of the Rock) while suspended buildings could host other sanctuaries. All that completed with gardens and with a view to the Mount of Olives. I would also add a green big door for Sufi zickers. This would be a step ahead in the question of what to do with the Mount. What? We can do everything. A confederation of the spirits of the region - open to immigration.

Immigration? Yes, of course I would love to imagine some huge (Tamil) gopurams with sculptures by Rachel Kneebone...