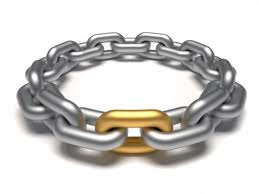 To talk about relations of co-presence as primitive, like trope theorists often do to take care of objects (concrete particulars), makes location derivative. Location is built out of, say, degrees of co-presence. It is a bit like monads having no location in space - see post below on points of view and perspectives. Monads govern bodies (the whole universe but specially a region where it expresses itself more distinctly) but are not in the bodies. They relate to the other monads through some kind of diplomatic relation - a relation between governing instances. Of course, those relations are taken to be internal by Leibniz.

In fact, often external relations appear to be tied to location (in space and time). It is a matter of opportunities, of kairós - contact and contagion as opposed to a kinship, typically. If locations are undestood in terms of something else - say, relations of co-presence - then it could be difficult to understand external relations. Maybe it is possible to understand them in terms of alliances between governing instances. But is it possible to think of contingency without any appeal to the occasion one has in space and time? In other worlds, can contingency dispense with (primitive) location considerations (something that Kairós attempts to capture)?