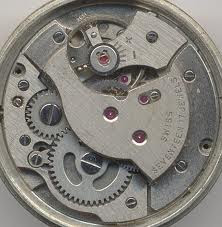 In Leibniz, the internal relatedness of things - that may follow from a general principle of reason - entails priority monism and certainly affords talk on the complement of a substance as the whole world minus that substance. He is committed to the impossibility of gunk (at least in the actual world, see IX, Discours de métaphysique) as units cannot be divided (have no parts) and his ideas suggest that no junk is possible, i.e. not everything is a part as worlds are not. Schaffer´s position comes therefore quite close. I keep wondering, though, how his system fares with no appeal to God.

Interestingly, God knows a priori contingent truths not because he has a special faculty of knowledge but rather because he can grasp the infinite notions of the substances. In other words, in his infinite wisdom, he can see what is there in each substance - say, that Alexander would beat Darius in a battle. It is there, in Alexander, past events leave signs (traces) in the substances and those, seen together, carry the signs (seeds) of events to be. Substances are themselves filled with memory and capacity to project. It´s like the layers of a geological structure, carrying information about past turbulences and future disturbances. God sees all that (a priori) but it is as if he reads (in advance) from the substance, say, from the traces in the stones.

The choice of substances - the dramatis personae of the world - amounts to the choice of a world. Once this choice is made, it is all there, in the world - in the chosen substances. And the wise choice for the best possible world is guided by considerations of compossibility: God allows for some evil because its removal wouldn´t be compossible with some greater good. Now, compossibility is a logical relation, if anything is. A logic is a theory of compossibilities. I think this gives an interesting dimension to the attempt to make abstracta closer from nature. But what makes something compossible with something else is what makes a logic, as opposed to a theory within that logic. If we take Quine much forward than he ever went, as the distinction between definitions and theoretical statements within a (say physical) theory is itself grounded on nothing beyond our sovereignty, so is the distinction between a logic and a theory formulated within it. If we go this far, the distinction between possibility and compossibility is itself blurred (or becomes a result of our sovereignty as well). But them, of course, the talk on possible worlds is already made either meaningless or irrelevant.