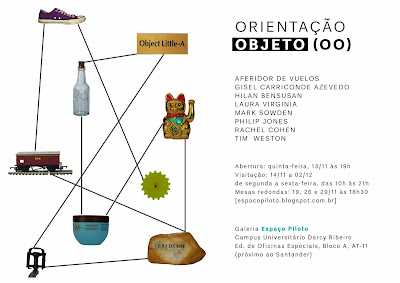 I'll have three works there: No Object, One Object, Two Objects.
Photos soon.
Opening on the 13th. We'll have round tables with the artists, Carol Marin, André Tonussi, Luiza Günther, Erick Felinto and Marilia Panitz.