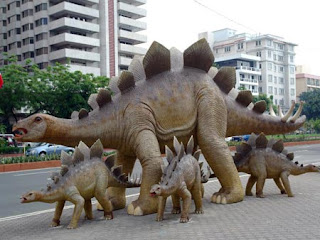 Been thinking about Meillassoux ancestrality versus correlationism argument. Not quite convinced but I'll post more as my thinking develops.
In contrast, I believe the problem with correlationism is that it is too attached to the idea that we think and as we think, we think qua humans. There is an us that is taken to be well-established and absolute - transcendental philosophy flirts with a metaphysics (as opposed to speculation in Meillassoux's terms) of the transcedental subject.
Artaud has a bit about the non-paganism of our obsession with the human, something I guess Paul RB would enjoy. He says something like 'what distinguishes the pagans from us is that their beliefs are based on an awful effort not to think as humans' (in Heliogabalus, chapter 2). We are not constrained by our humanity, no matter how strong concepts bind our thinking (have a grip on us, as Brandom would say).
If we strip correlationism off the us, then we have just a diversity of correlations (a diversity of mediations), and no special correlation at all - no fixed, pre-established one. We would have chairs for me as a tired bear, chairs for us the sheepish animals who would like to hide from anyone, chairs for us the dancers, chairs for us the office workers etc. Fill the world with correlations, instead of trying to see a way out of them, this could be the überrealist recipe against correlationism...
More on this soon.