Aenesidemus of Knossos and the ontology of doubts 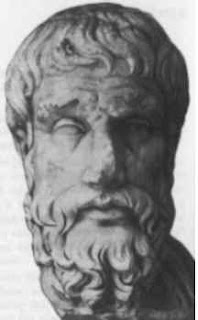 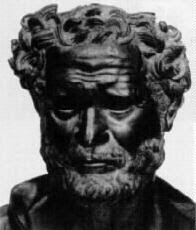 I am in a small conference in honor of Porchat, a Brazilian Neopyrronist. I’m proposing (in my paper today) a reading of Neopyrronism. I maintain that common sense claims (together with some commonly accepted scientific theories or commonly known philosophical disputes) can be accepted by the sceptic only in order to fuel his exercise of doubting. The Neopyrronist takes something like the opposite of a speculative flight. She accepts a basis of science or common sense in order to doubt further. The goal is to maximize doubts. The basis (the Neopyrronist phenomenon) is contingent, it can be anything because any determination can enable further exercises of doubt to take off. Instead of flying towards broader vistas, the Neopyrronist strives to gain further and deeper doubts. She aims to apply her strategies for epokhé further and, in that sense, harbors an atitude where doubts are more worth seeking than belief. She craves to make more use of her weapons that include her doubting machines - say, the modes of Aenesidemus and Agrippa which enables her to suspend the judgement over all kinds of issues. She engages in a flight towards the heights of suspended judgement. It is a speculative flight, but towards a proliferated landscape of doubts and uncertainties. This Neopyrronist is a kind of the opposite of the knowledge seeker - or rather the devil of any knowledge seeker: she aims at spreading consistent and well-argued ignorance.

Concerning the ontology of doubts, I was told that Aenesidemus of Knossos (one of the classical sources of sceptic modes, mentioned by Sextus) moved on to follow Heraclitus and the polemos. Aenesidemus became then somehow an ontologist of doubts. Maybe then he is the missing link between the sceptic challenge on justification and the Heraclitean challenge on determination. (See photos above)